The photos and captions below show pre-framed trapezoids that will be placed vertically above the ten riser walls at the lower perimeter of an EconOdome building frame. The remainder of the EconOdome frame kit is assembled one lightweight strut at a time. Expensive heavy lifting equipment is not required. Building of complicated extensions is not required when building a home with an EconOdome frame kit. However, extensions may be added if desired. As the lower perimeter of the Econ-O-Dome can have many conventional doors and windows, the interior of the dome will receive more light on the lower floor level. And, as conventional doors and windows can be easily installed, your completed dome home will cost less. 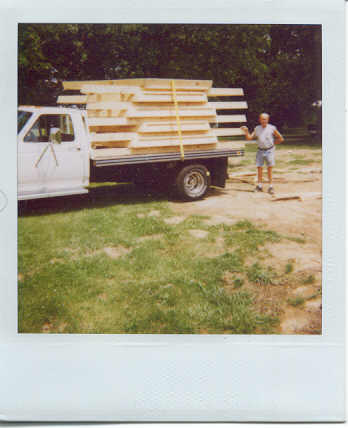 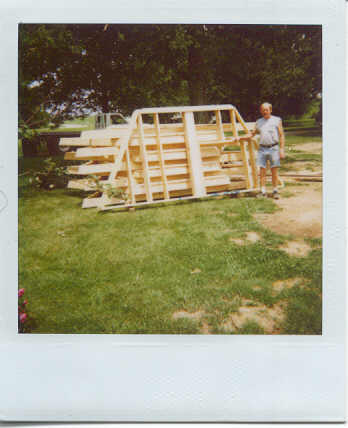 The photo at left shows ten pre-framed trapezoids being delivered to a job site on a small flat bed truck owned by Faze Change Produx.

The photo (above right) shows one of the prefab trapezoids that includes a bathroom window and a wall intersection. 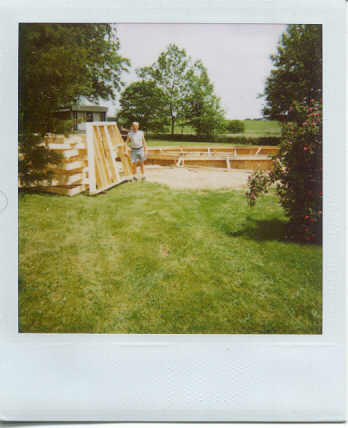 This photo shows Claire Henry at his property in Illinois where he built a new dome home with an EconOdome frame kit. In the background you can see the foundation forms that have just been filled with concrete. Next, the forms will be removed and a wood floor will be built above a crawl space.

After a ten-sided wood floor is built above a perimeter foundation and some piers, a 42 inch high riser wall is erected, then the EconOdome frame kit is assembled and enclosed. 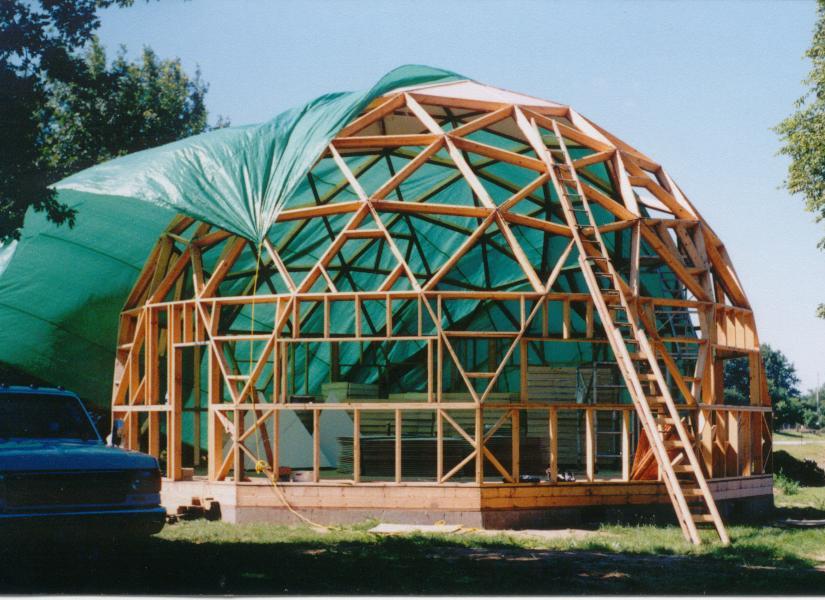 However, if you wish to have a 9 foot high ceiling downstairs and build your home with
a more economical Basic 2x4 EconOdome frame kit, then your riser wall should be 5 foot high
as shown in the drawing and photos below. 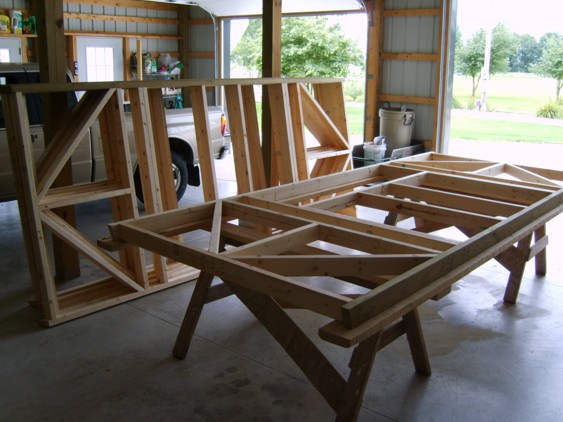 These riser wall frames are so strong plywood or osb sheathing is not needed.
Every 2x4 board end is secured with three 3" long non-splitting FasTap screws.
You might say this home is built like furniture. It is connected with screws. 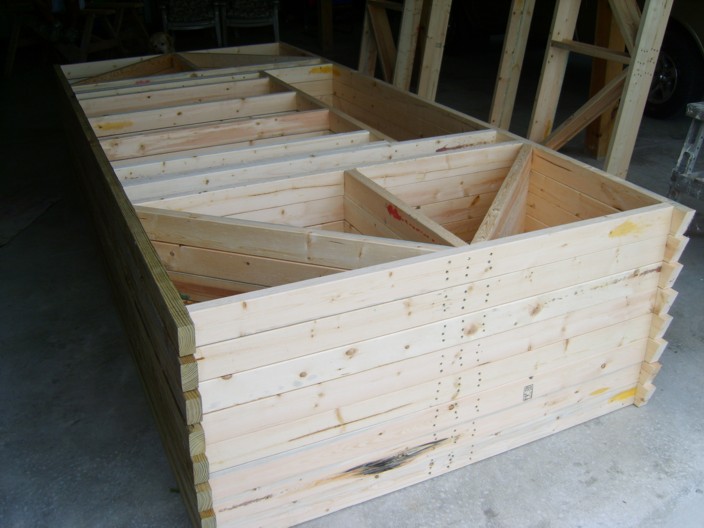 The riser walls are joined with cut-to-fit solid wood corner posts cut from 4x4 post material.
If you wish to save money and do this yourself, we will give you free instructions.
Building riser walls like this is quite easy. When the braces are put in the walls align themselves.
You could call these riser walls; self-squaring, internally braced, perimeter riser walls.

Go to Home Page to e-mail for more in-depth info.