Allows a 360 Degree View from the Top of Dome

The photos and captions below show the assembly of an EconOdome cupola.
The cupola is assembled at the top of the dome one board at a time as shown.
Expensive heavy lifting equipment is not required.
Screws are inserted into pre-drilled holes while the pre-cut boards are held in position. 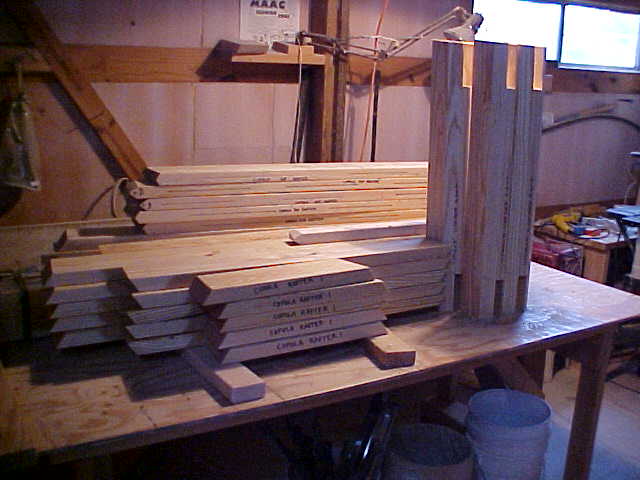 These parts and 5 pre-fab window frames are
a pre-cut and pre-drilled cupola kit for a 38.5' diameter EconOdome. 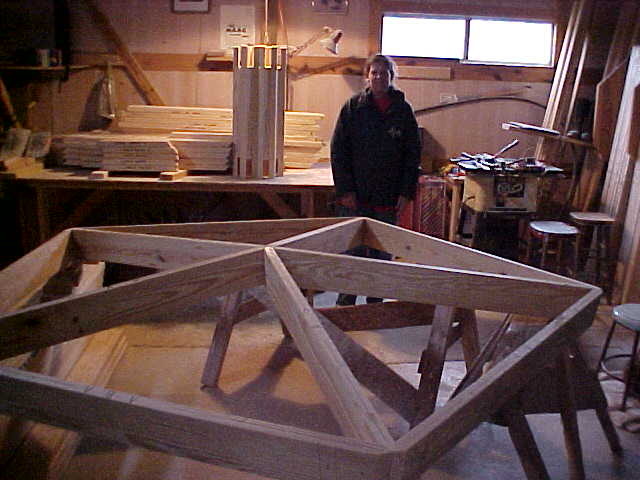 This photo shows the top of an EconOdome frame kit. In the shop, we assemble
the struts as they will be assembled at the top of the completed dome frame.
This way we can ensure that the precision compound-cut cupola will fit properly.
After the cupola is assembled in the shop, it will be taken apart for shipment. 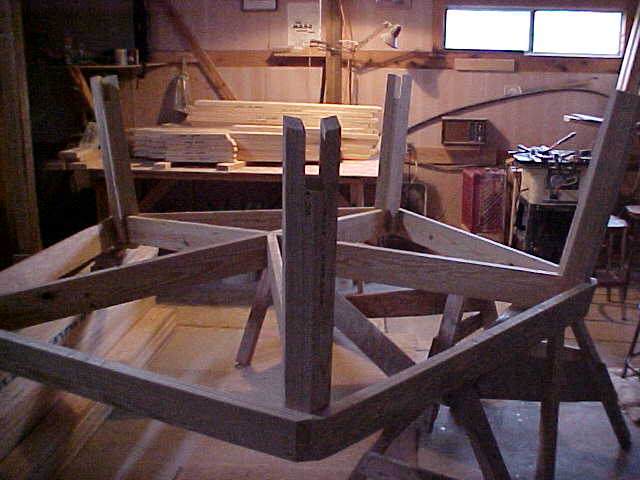 Attach the five corner posts of the cupola as shown. 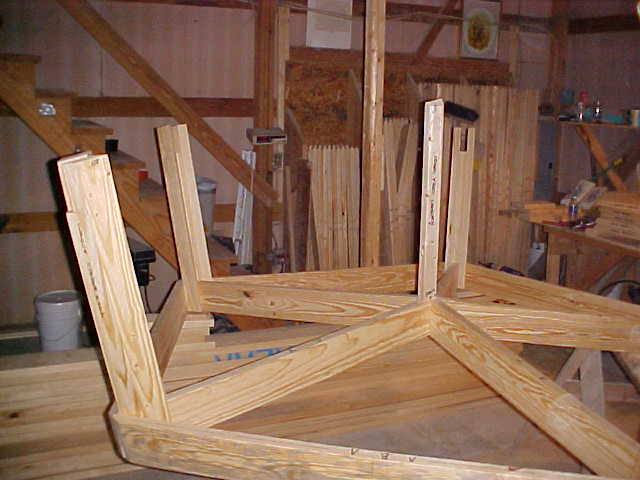 Install the temporary rafter support vertically at the top as shown. 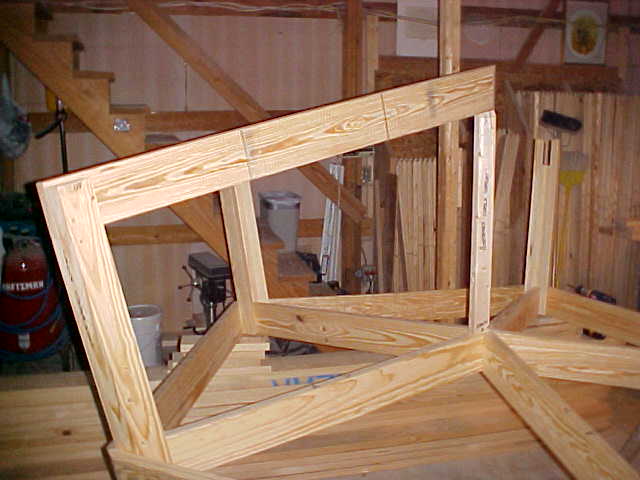 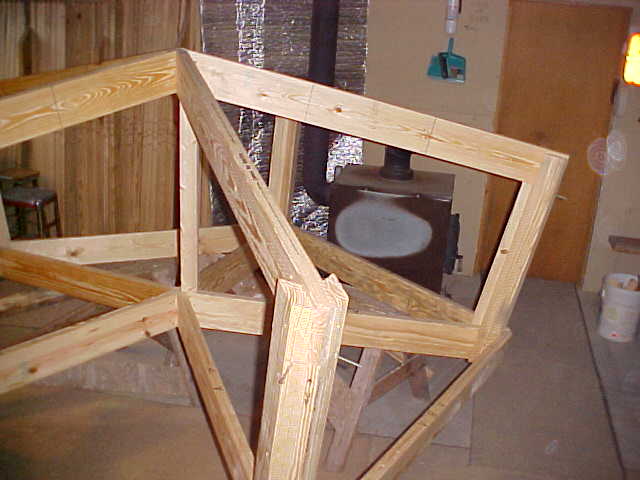 Attach hip rafters together at the top. Ensure that the lower ends of the hip rafters are flush with the outside surface of the five corner posts 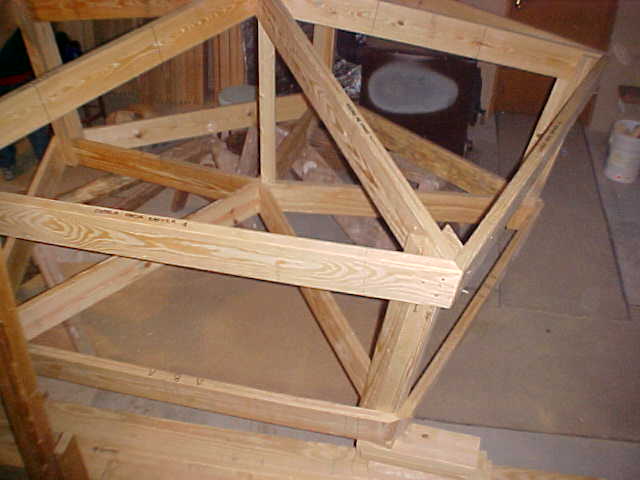 Attach the five facia boards to the lower ends of the hip rafters and also to the top ends of the five corner posts. 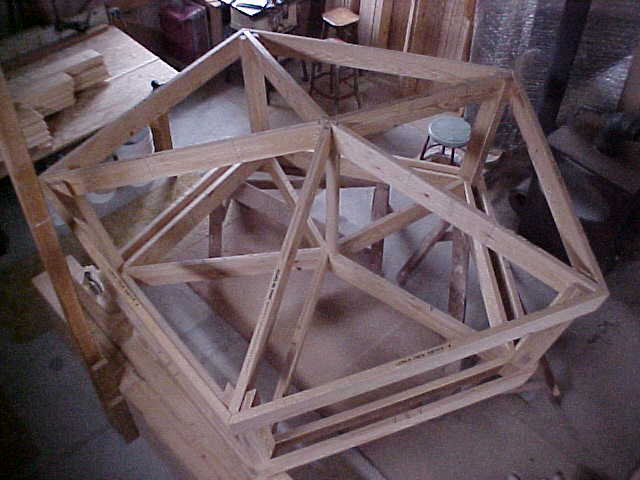 Attach the lower inside window sill as shown. 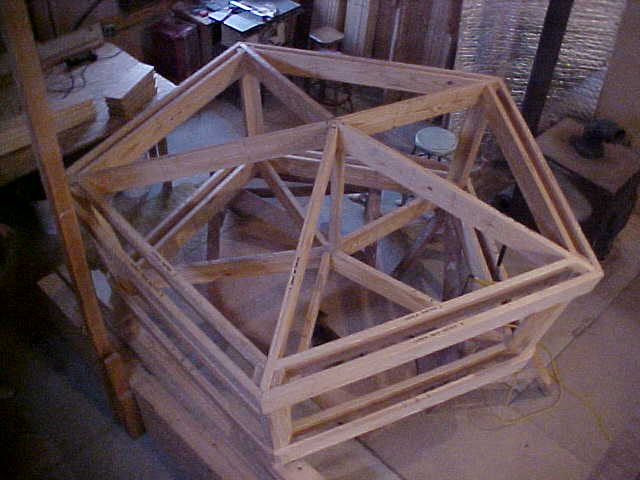 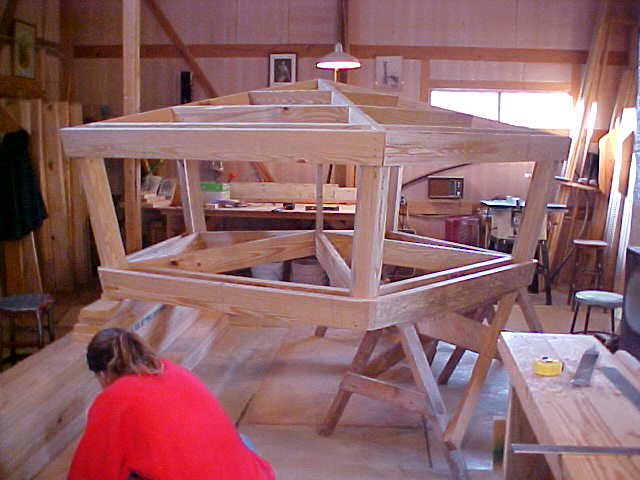 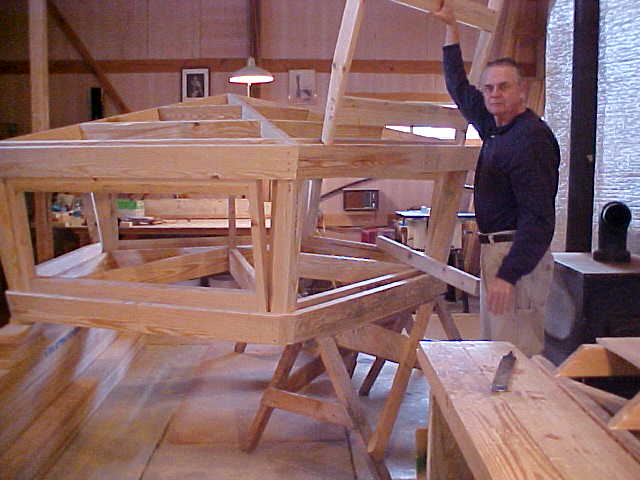 Install window frames by sliding them into slots. Ensure top of each window frame is flush with top edge of facia boards. 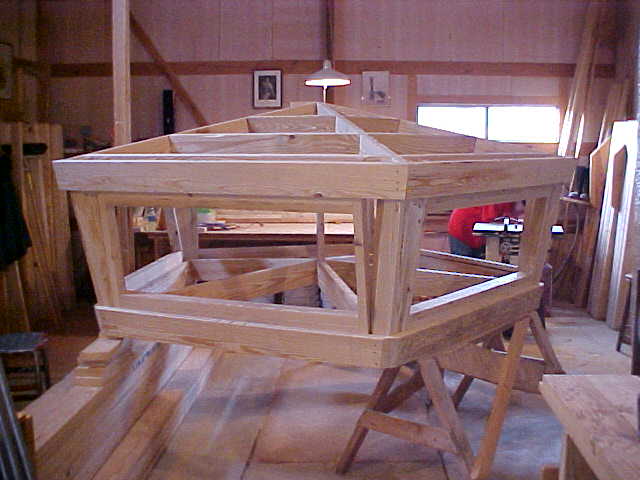 This photo shows the completed cupola frame. Now, the five struts inside the cupola may be cut-flush to the inside of the cupola, and, removed. 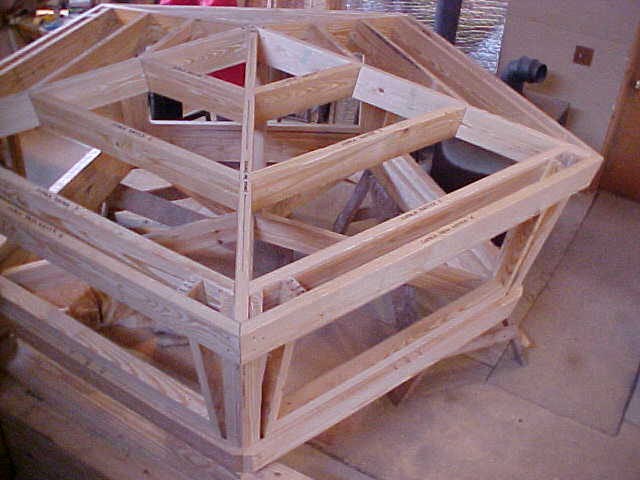