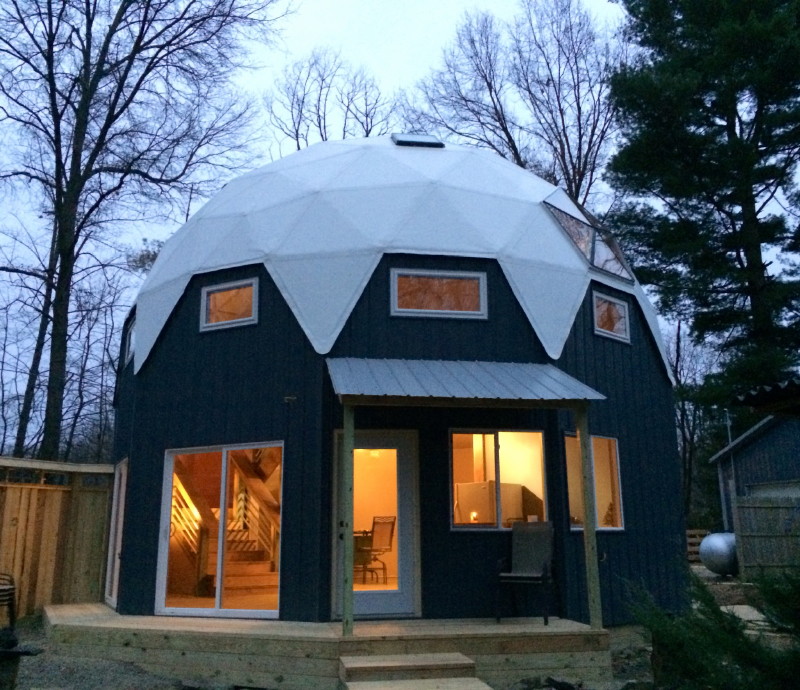 This dome home was built with an EconOdome T-Beam Frame Kit.
Pre-cut 2x6 lower perimeter walls are included.
Pre-cut insulated panels with attached shingles are extra.
See more info and pricing at 'Dome Kit Prices' link on home page.
The 30ft. diameter, 1,400sf, dome home above
is sealed on the roof with 125 large lapping pre-cut
triangular shingles cut from white 60mil SureWeld TPO.
The TPO shingles were pre-cut by Faze Change Produx.
Five triangles, forming the large pentagonal skylight,
were glazed with dual pane 1/4" laminated safety glass.
The blue metal siding was purchased near the job site.
The older gentleman & his supportive wife hired local help to assist them.
They are very proud of the results and are making good use of this unique building.
How would you make use of a unique building such as this?
This dome was built during summer of 2014 in western Indiana. 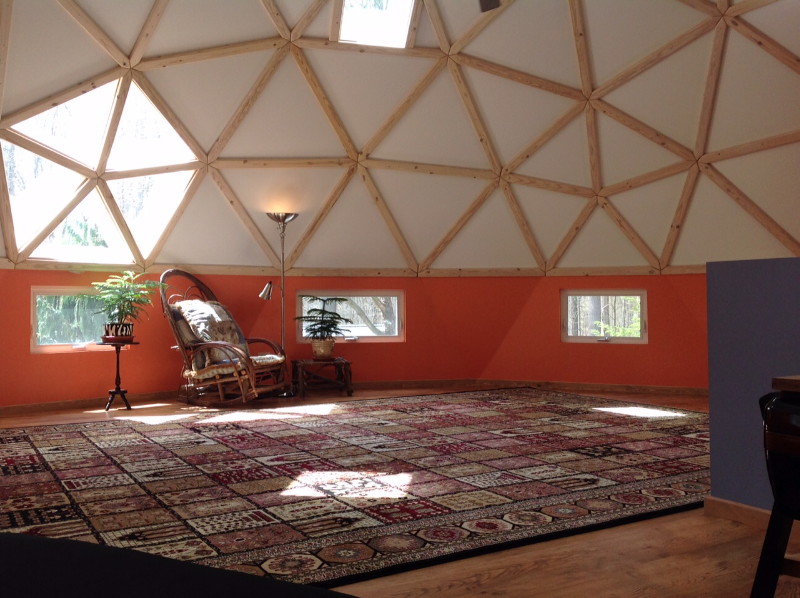 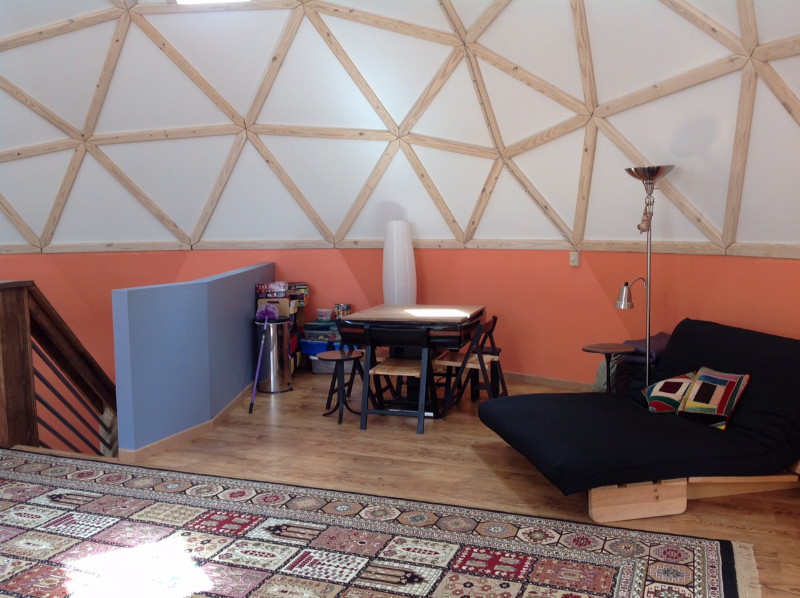 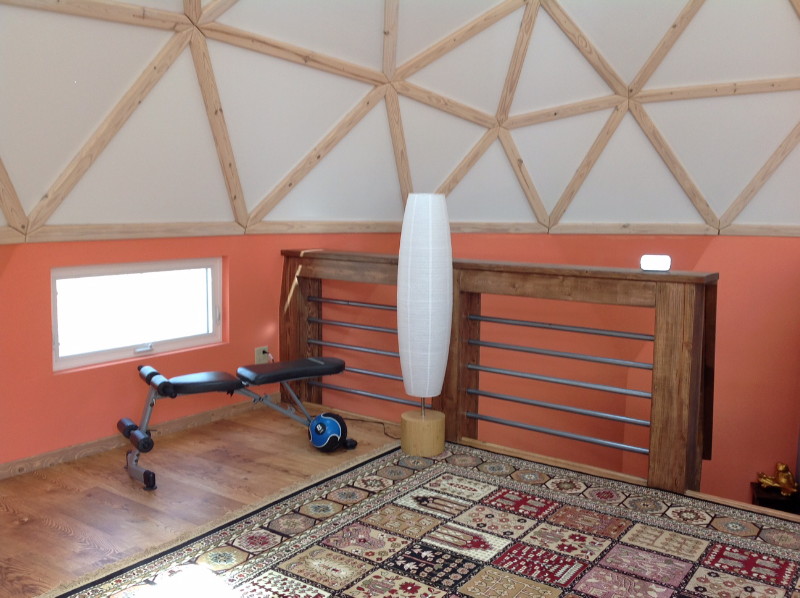 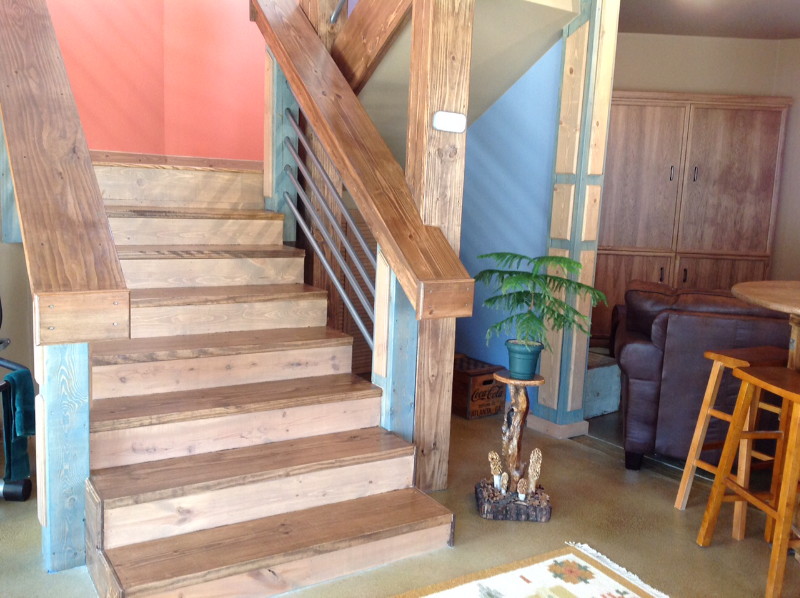 This unique dome home construction method accomplishes several things all at once.
1. The EconOdome frame kit can be assembled using step ladders---
so, scaffolding is not necessary.
2. Lower Cost----
3. More Space Inside----
Assembling the dome above the second floor creates another complete floor level and a roof.
4. Ten easy to build lower perimeter walls----
The lower perimeter walls can be built on-site with materials from a local lumberyard.
5. And you may wish to save more money by making your triangle panels using---
locally obtained materials and free instructions and consultation. 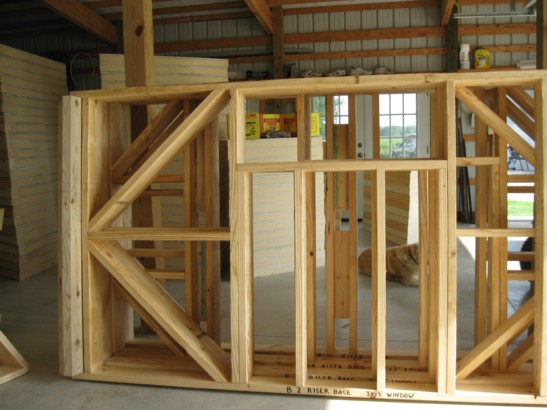 Many floor plan designs are possible.